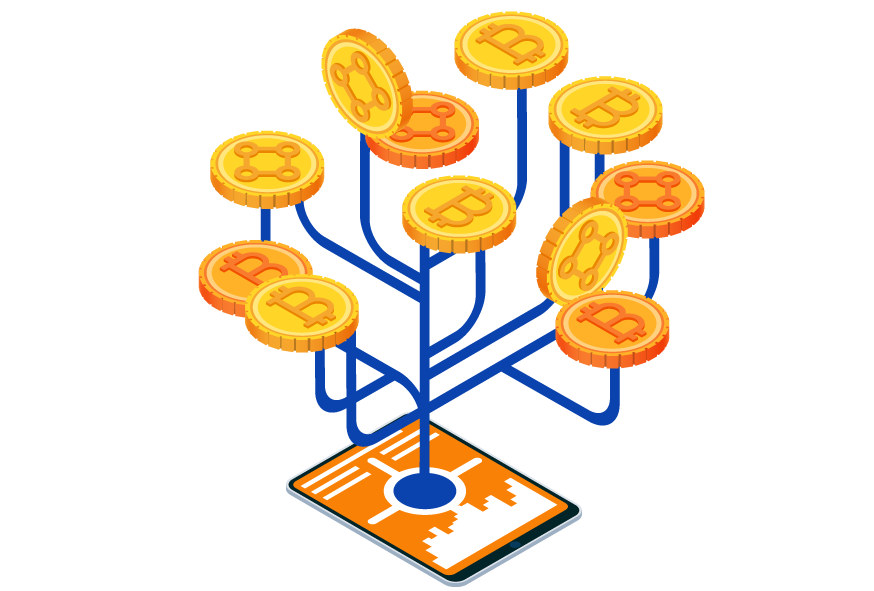 For more than a decade, we’ve been hearing stories about the “Bitcoin bubble.” Today, 12 years after BTC’s inception, it’s valued at around $30,000 (at the time of writing). Although there were many plummets and skyrockets over the years, when you take a look at the grand scheme of things, Bitcoin has enjoyed relatively steady growth.

Many crypto enthusiasts claim that Bitcoin is bound to become the world’s default value system. But many would disagree here. This inflexion point, where BTC becomes a default currency, is referred to as “hyperbitcoinization.” Let’s dive into more detail about it. 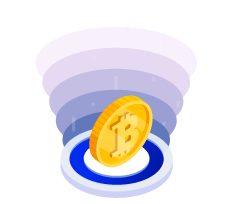 It’s okay not to believe that BTC will become fundamental to the world’s economy. This is a sensible amount of scepticism. However, what you should understand is that Bitcoin’s superiority to fiat (non-crypto) currencies is obvious.

For one, standard money operates via various institutions. To send money to someone electronically, it has to go through the banking system. Banks make some transactions fast, while others take a while (several days even). If you want to wire money across continents, you may need help from additional financial institutions. This is already a fair amount of complication.

Then, there’s the fact that each fiat currency is subject to inflation and depends on various factors regarding its native country. The government can increase its supply and influence its demand.

Bitcoin, on the other hand, is stored on the blockchain. As such, it’s not Bitcoin itself that is transferred, but rather the private keys that serve as access information to particular amounts of Bitcoin. This is why Bitcoin transactions are considered instantaneous. Plus, Bitcoin isn’t and cannot be regulated by any government body. As such, it is immune to governmental influence.

Most importantly, BTC has a supply cap. Currently, there are between 18 and 19 million Bitcoin in circulation. The supply cap is 21 million. That means that, once the supply cap is reached, there will be no more added Bitcoins. Even if the demand increases tremendously, there will never be more than 21 million BTC on the market. This makes Bitcoin a brilliant investment opportunity and a more stable alternative to fiat money. 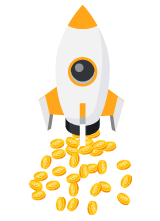 Bitcoin has the upper hand compared to fiat currencies. It’s digital money, it’s transferred instantaneously, it’s transparent, and it has huge potential. All of which makes you wonder why it hasn’t happened already and why, after more than a decade, we’re still using regular money for the most part.

First of all, there is a fair amount of scepticism around Bitcoin. The kind of value shift involved hasn’t happened since we replaced gold as a currency with fiat. This is slowing things down.

Then, there’s the factor of untapped-in use case value. We know what we can use Bitcoin for at the moment, but its potential is far greater than quick, transparent money transfers that aren’t regulated by the government. It takes time for people to realise this, but, more importantly, it takes years and years of perfecting.

Let’s take the discovery of black oil, for example. People stumbled upon it looking for water and didn’t find it useful for decades. Then, it was discovered that this oil could be used as kerosene lamp fuel. So, the use case was found. Still, it took a long time for oil to become a mainstream thing – which it did after scientists started using it in cars, aeroplanes, and tanks.

At the moment, Bitcoin is at the kerosene lamp level. It has many use cases, but there are many others to be discovered. A good example of this is Bitcoin Hyper¸ which represents an enhanced version of Bitcoin. Although the wait periods for Bitcoin are already very low during transfers, some processing delays might occur (minutes in this case). Bitcoin Hyper has found a way to get rid of the delay.

This, for instance, is impossible with fiat currencies. It’s true, a financial institution that processes one’s funds can make many improvements to enhance various speed, transparency, and safety aspects of the users’ finances. But what Bitcoin and other cryptocurrencies offer, is enhancing the currency itself. Bitcoin Hyper is an excellent example.

Over the years, these types of upgrades and enhancements will see us grow increasingly closer to the point of hyperbitcoinization.

Currently, we can’t feel the effects that Bitcoin has brought to the table. This is because they are still relatively minor, even though the crypto community is constantly growing. But when you think about it, fiat money is still being used by the vast majority of individuals worldwide.

Once Bitcoin starts taking over, we’re looking at a transitional period, where people will start coming to terms with the fact that Bitcoin is turning into a big thing. We are likely to see a spike in services that offer swapping fiat money for Bitcoin, and this field will grow as hyperbitcoinization becomes more apparent.

This event, however, isn’t likely to occur in a matter of days or weeks. Neither will Bitcoin lose value nor will it spike momentarily. Most likely, we’re looking at a slow transition from the currency type of the present to that of the future.

As Bitcoin’s use cases multiply, the number of interested individuals is likely to follow in suit. We already have a Bitcoin type that guarantees much better transfer speeds than “regular” Bitcoin. This type of improvement hints at a high probability of hyperbitcoinization in the future. 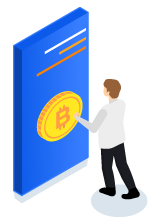 Some claim that money is bad. This is incorrect. Money is there as a consequence of necessity. People are capable of being “bad,” not money.

Bitcoin is a cryptocurrency. This means that it is a currency. So, it isn’t either good or bad. It just “is.”

What about hyperbitcoinization itself? Does switching to a cryptocurrency mean a brighter future for humankind? It will take a great deal of financial power from the hands of governments and financial institutions and put it into the hands of the individual users. Some would claim that this is brilliant. Others scoff at the very thought of it.

One thing’s for certain, though – if we’re looking for progress, Bitcoin is definitely on the right track when it comes to currency. 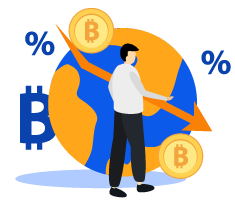 At some point, everything dies out, so time will tell. However, all its benefits suggest that this won’t happen anytime soon. Quite the opposite, in fact.

Some of Bitcoin’s use cases are already there. The improvements such as Bitcoin Hyper show us the true progressive potential that BTC can offer. So, will Bitcoin lose value? This is highly unlikely, at least in the foreseeable future. BTC has yet to see its true advancements and is far from its peak.

This is why many believe that hyperbitcoinization is going to happen at some point in the future. 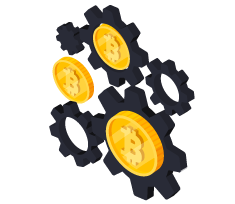 We hope that you now understand what hyperbitcoinization entails. In a nutshell, it’s about Bitcoin becoming the world’s default value system. When that happens, we won’t be looking at Bitcoin’s dollar worth. 1 BTC will be worth 1 BTC, and all the other currencies, crypto or otherwise, will be shown in Bitcoin worth.

As close as this future seems, however, it’s not around the corner. There is a lot of advancement potential for BTC that has yet to be explored and used towards the final goal of hyperbitcoinization.