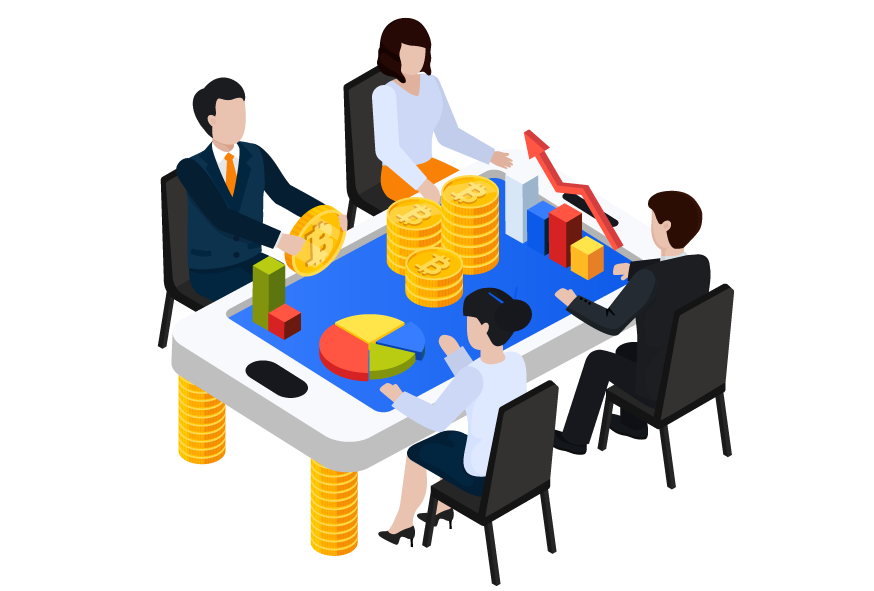 How Do Bitcoin Transactions Work

No matter if you’re sending, receiving, or trading BTC, it is essential that you learn how it all works. At its core, Bitcoin is peer-to-peer electronic cash. A Bitcoin transaction isn’t really a transaction of Bitcoin, but rather a digital signing of messages using cryptography.

All of these “transactions” are completely public and transparent. They can be accessed via a world-renowned digital ledger, the blockchain.

But what about the Bitcoin transactions themselves? They don’t work like e-banking and online fiat (non-cryptocurrency) transaction services. The blockchain technology has introduced a very interesting new way of exchanging vital data.

You read that right. Bitcoins don’t physically exist. Cash, coins, and stocks can be traced back to their physical form. Bitcoins can’t.

It’s much like the money you have in a bank. There isn’t a box, safe, or an envelope with your name on it, holding your savings. Banks operate by having information about your finances. When you decide to do so, you can collect any part of your savings. At this point, the bank gives you money and makes a note of your changed balance.

Straightforward as this sounds, it is a good analogy for understanding how a typical Bitcoin transaction works.

Think of Bitcoins as your virtual bank money – you may see the balance numbers, but this isn’t money in physical form. You can swap BTC for USD and then use one of many methods to get your hands on the cash, which is like going to the bank and collecting your money. The only difference here is that you’ll never be able to hold BTC in physical form – not as cash, not as coins. 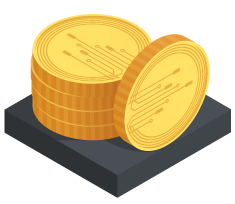 Each Bitcoin transaction happens on the blockchain. To understand the gist of these transactions, you should know how blockchain works.

The blockchain technology is responsible for keeping each transaction encrypted and secure.

The blockchain’s main job is storing the “evidence” of all Bitcoin transactions that have ever taken place. Sometimes referred to as the Distributed Ledger Technology, or DLT, the blockchain ensures that the entire history of any Bitcoin transaction remains transparent and unalterable. This is made possible through cryptographic hashing and decentralisation. 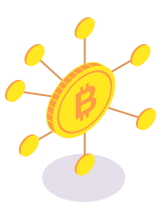 The very foundation of blockchain technology and cryptocurrencies lies in the unique way they work. Decentralisation is the pillar of blockchain – without it, the crypto world wouldn’t work. This means that no organisation or computer can own the ledger. So, where is the blockchain located?

Each device that engages in any form of a transaction of cryptocurrencies, stores a copy of the entire blockchain on it. The technology uses frequent security checks to ensure that the information remains unaltered. Plus, the blockchain information is very difficult to change.

The Three Parts of the Blockchain

There are three main concepts crucial to understanding how the blockchain works: blocks, miners, and nodes. 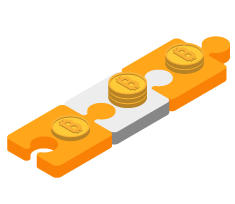 Each chain has several blocks, which consist of three elements. The first element is the block data, which is indicative of the transaction information. This is the most important part of the block. Then, there’s a 32-bit number, referred to as the “nonce,” which is generated randomly. Finally, we have the “hash,” which is 256 bits long.

The moment the first block is put onto the chain, the nonce automatically creates the cryptographic hash. The block data is stored in the hash and nonce. An exception here would be when the block is mined. Blocks help track Bitcoin transaction details. 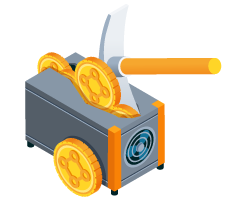 Bitcoin mining is the process of creating new blocks on a chain. Essentially, miners are the devices used to support each Bitcoin transaction. They do this by finding nonces that generate compatible hashes. These are complex mathematical problems, which is why BTC mining requires powerful processors. We’re talking about some four billion hash-nonce combinations per block, after all.

Once the right combination is found, the miner in question adds a block to the chain and earns a Bitcoin reward. At the moment, this reward is 6.25 BTC. Every four years, an event called “halving” occurs, where the mining reward is halved. 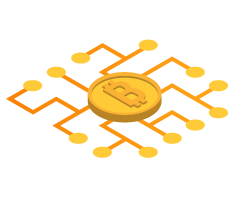 A node is any type of device with internet access that holds blockchain copies to keep the entire network working. In other words, nodes support the blockchain and miners check the transactions and expand it.

Each transaction in blockchain environments needs to have three essential pieces of information: the sender, the amount, and the recipient. Of course, this is more digitalised in the world of blockchain.

The sender piece of info is the “input.” This is the BTC address that the sending party wants to send the funds from.

The information about the amount is all the necessary data that’s transferred from the input to the recipient.

Finally, the recipient is called the “output.” This address is the recipient’s public key, which is known as their BTC address.

How Do Bitcoin Transactions Work?

You need two pieces of information for completing any sending transaction in blockchain environments: the public key and the private key.

The public key (BTC address) looks like a random sequence of numbers and letters. However, they pretty much work like email addresses and usernames. A sender needs to enter the recipient’s BTC address as a destination for a Bitcoin transaction. This information is public and can’t compromise you in any way.

On the other hand, we have the private key. The private key is assigned to the BTC recipient, once they receive a BTC amount. It’s also represented by a sequence of numbers and letters. The private keys are analogous to one’s Bitcoin possessions. Whoever gets ahold of the user’s private key can handle the Bitcoin information stored on it. Private keys need to be kept secret.

Sending Bitcoin to someone else works like this: you enter the recipient’s public key, then, you enter the amount you want to send, and “sign” it using your private key. It’s as simple as that.

The miners check Bitcoin transaction information and verify that the sender’s keys have access to the said amounts of Bitcoin. Of course, the people who mine Bitcoin don’t handle this manually. They use miners (computer devices) for this. As explained earlier, the Bitcoin transaction confirmation process is referred to as “mining.”

How Long Does a Bitcoin Transaction Take? 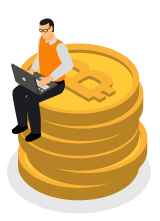 Well, it’s because of the verification process. Each transaction in Blockchain environments needs a Bitcoin transaction confirmation performed by the miners. Miners mine blocks, verifying a lot of transaction info. Some transactions end up left out of the block that’s being mined at the time, and is held off until the next block is assembled. This is why delays occur.

Bitcoin Transactions Are More Complex Than You May Think 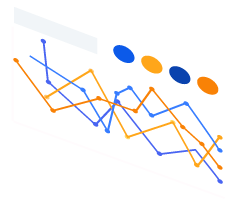 For Bitcoin transactions, we use various crypto wallets and innovative tools with advanced design. If you have 5 BTC in your wallet and want to send 0.5 BTC, your new apparent balance will be 4.5 BTC.

However, this is much more complex in the crypto world.

For one, every time you receive Bitcoin, the amount isn’t combined on the blockchain, even though your wallet makes it appear so. Given that the blockchain is completely transparent, everyone needs to be able to track Bitcoin transaction details at all times. So, if you’ve received 1 BTC, then 3 BTC, and then 1 BTC, totalling at 5BTC, the blockchain data is going to be stored separately, according to each transaction.

Then, when you wish to send 0.5 BTC to someone, it’s not just deducted from one of the said transactions. A transaction (let’s say the first one) is sent in its entirety, and the difference is returned to you, using a completely new transaction. Think of it as receiving change at the supermarket – the vendor doesn’t tear off a piece of a bill based on the cost of the items you wish to purchase. They give you new money as change – think of this as a new transaction.

Fortunately, this information is not something you need to worry about. Although it’s good to know how the blockchain works, you don’t need to think about it when sending/receiving BTC. It’s the miners’ (computer) job to check Bitcoin transaction information and confirm it. Not even people who mine need to worry about this.

If you want to track Bitcoin transaction instances, though, you need to understand exactly how the transactions work.

Can a Bitcoin Transaction Be Hacked?

Given that Bitcoin is hugely valuable, you’ll want to ensure that your transactions are safe. You can rest assured that a hacker can’t just “steal” your Bitcoin while it’s being sent to the recipient or to you. We’re talking about encrypted private keys that no hacker can access. Plus, countless Bitcoin miners check Bitcoin transaction information at all times, which ensure absolute blockchain security.

Phishing is also a threat in the crypto world. 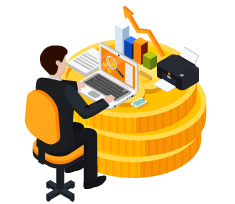 This just about covers all the essential information regarding Bitcoin transactions. To send and receive cryptocurrencies, all you need to know is how to use your private and public addresses. However, getting introduced to everything else mentioned here can’t hurt. It might give you a better overall understanding of how the blockchain technology works.

Truly understanding Bitcoin transactions can be extremely valuable – many say that the blockchain is the technology of the future. There aren’t many people out there who fully understand it, even if they are knee-deep in the crypto world. Be the kind of crypto enthusiast who gets it.