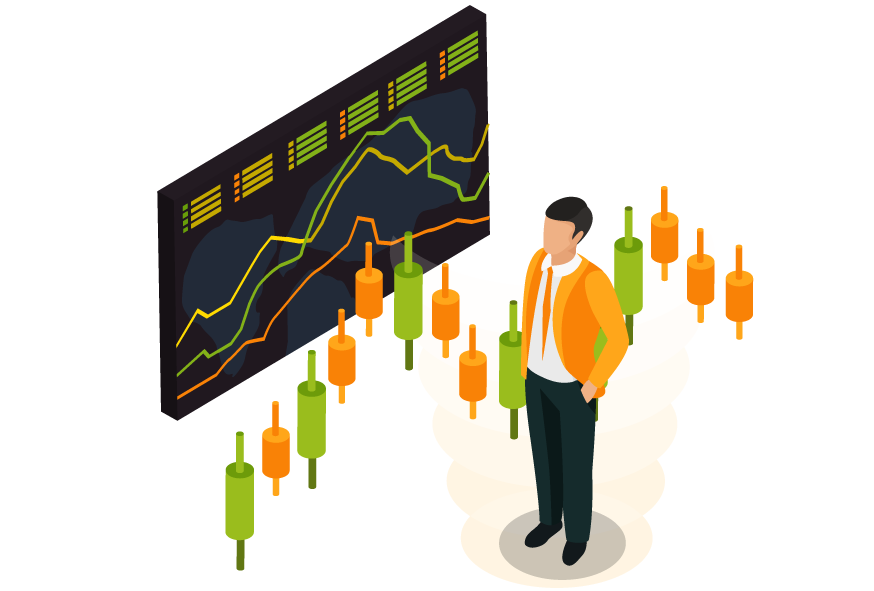 What Is Bitcoin Halving

Bitcoin halving is a highly anticipated event in the crypto community that occurs once every four years. Every 10 minutes, several Bitcoins enter circulation. Every four years, this number drops by half. In May 2020, the number went from 12.5 to 6.25.

But what is Bitcoin halving, why does it matter, and what does this mean for the crypto community? In this entry, we’re going to talk more about the Bitcoin halving meaning. 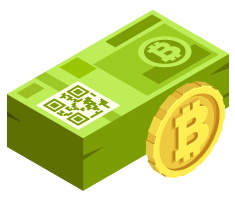 To answer the question of what is Bitcoin halving, you first need to understand the gist of the blockchain. After all, the entire cryptocurrency system, not just Bitcoin, relies on blockchain technology.

Blockchain and Bitcoin are essentially computers (nodes, for further reference) that are located worldwide. Each of these nodes has the whole of Bitcoin’s code in their storage. Every single one of these devices has the entirety of Bitcoin’s blockchain on them.

This is what makes the blockchain safe and transparent. Given that every computer participating in crypto transactions has the entire Bitcoin and Bitcoin’s blockchain code, no one can cheat the system by changing the code – the changes would be recognised immediately.

The more nodes (computers) there are on the blockchain, the more stable and secure the network becomes. The number of these nodes is growing, following the growth of crypto popularity.

Anyone can join the Bitcoin network as a node, but not all nodes are miners. Understanding what Bitcoin mining is all about is also crucial for understanding the Bitcoin halving meaning.

What Is Bitcoin Mining? 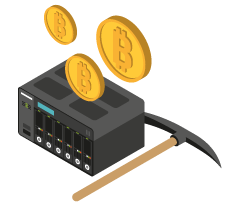 Even if you are aeons away from any crypto involvement, you’ve probably heard about Bitcoin mining.

No one regulates Bitcoin. It’s almost as if it’s a separate entity. But how does Bitcoin grow? Well, the concept here is based on the open-source principle. It’s the users themselves who give Bitcoin its power. This is a fundamental concept. Each user transaction needs to be processed. Seeing how Bitcoin doesn’t have a central hub, it needs transaction processing units. The devices used as transaction processors are called “miners.”

Essentially, for participating in transaction processing, they are rewarded with Bitcoin.

Of course, the more powerful the mining device, the larger Bitcoin rewards it yields. But what does this have to with halving? To understand this, you need to understand the basics of the Bitcoin supply. 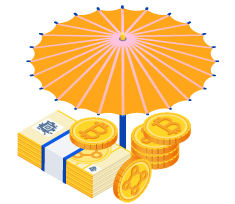 We’ve already explained the essence behind Bitcoin halving. But let’s get into more details here. Let’s define the Bitcoin supply.

Every fiat (non-crypto) currency has a current supply in circulation. Burn $100,000, and the supply is lessened. But the USA can go ahead and print US dollars as they see fit. The more dollars released into the supply, the lower the dollar’s value becomes.

On the other hand, Bitcoin is based on enlarging the supply by rewarding Bitcoin to Bitcoin miners. In this way, the miners have a reason to enable blockchain transactions, while more Bitcoin is being made. 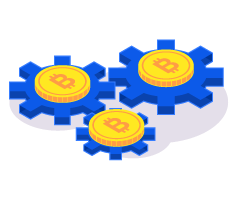 When does Bitcoin halve? With every 210,000 mined blocks (which happens roughly every four years), the Bitcoin reward given to miners is cut in half. This is the essence behind the Bitcoin halving meaning. Of course, this also cuts the rate at which Bitcoin gets released into the circulation supply. This system is going to last until 2140 when all Bitcoin ends up released into the circulation.

Before the first Bitcoin block halving, back in 2009, each mined chain block’s reward was 50 BTC. After the May 2020 halving, this reward fell to 6.25 BTC per block.

Why does Bitcoin halving matter? Well, because of what happens when Bitcoin halves. A hugely important and rather logical result.

Take gold, for example. Its value can be traced back to its scarcity. Well, after each of the Bitcoin halving dates, the scarcity of Bitcoin is increased. In theory (and, as it turns out, in practice), this is supposed to drive the price of Bitcoin up.

Each of the Bitcoin halving dates has brought a considerable amount of hype to the crypto community. Evidently, after halving, the price of Bitcoin spikes, without exception.

What if the Price Doesn’t Spike? 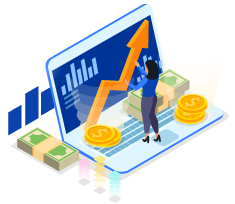 Bitcoin halving has been put into place as a form of synthetic inflation, to incentivise Bitcoin demand growth. In other words, without halving, the supply cap would’ve likely been reached by now, with the demand for Bitcoin not having reached its full potential.

As mentioned, each halving so far was followed by a price spike. But what happens if the price doesn’t spike? After all, this all depends on the users themselves.

The price increase is supposed to incentivise the miners to keep on mining, despite the lower BTC reward per block. In case of a halving without a price increase, the mining difficulty decreases, thereby lowering the time it takes for a block to be mined.

Fortunately for BTC enthusiasts, every halving so far has been met with substantial price ballooning. After these spikes, large drops tend to occur, which bring more market trading engagement. Market engagement is another benefit of Bitcoin halving.

What Happens When the Supply Cap Is Reached? 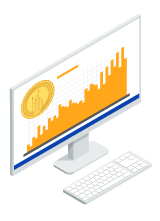 So, the users are awarded Bitcoins for mining, with each block. The current mining reward is 6.25 BTC. In 2024, it’s expected to be 3.125. In 2028, this number goes to 1.5625 BTC per block. So, every four years, the reward in BTC is lowered. It’s expected that the price of Bitcoin is going to compensate for this.

But once the year 2140 is reached, there will simply be no more Bitcoin in circulation. Therefore, a mining effort will not yield BTC. Even after the BTC supply cap is reached, mining will be a necessary aspect of Bitcoin. Remember, it’s the miners that power transactions.

But what about the incentive? A miner won’t keep on supporting BTC transactions if they aren’t rewarded for it. Well, after the supply cap is reached, as an incentive, the miners will receive transaction fees, paid by those who are making the transactions. This ensures perpetual BTC stability.

But the year 2140 is more than a century away. For now, mining still makes a lot of sense, particularly when you consider the halving factor.

Can You Predict the BTC Price Using Halving? 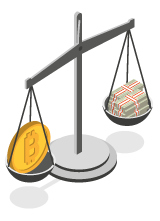 Now that we have Bitcoin halving explained, let’s see what you can get out of it. For one, we can safely assume that the next halving is going to lead to a BTC price spike. If not, a system is put into effect that will make completing each block much more effortless.

But since we can guess that the BTC price increases with each halving, can we predict the actual price before the drop?

Many tried to guess how far up the BTC price would go last May. Some predicted $100,000. Some guessed $40,000. Others were even more conservative. On January 8, 2021, the BTC price reached more than $40,000. Back in May, at the time of the halving, it barely moved. But the halving has inspired the recent spike.

To answer the question, no, no one can predict the BTC price based on Bitcoin halving. Halving can be very unpredictable, and the price spike can take more than a few months to occur. 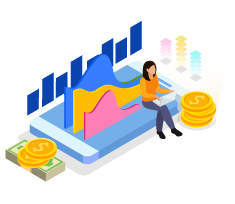 Although Bitcoin has various use cases, such as borderless money transactions, transparency, and the lack of a governing body, it has yet to achieve its actual value. The blockchain is a very specific, self-reliant piece of technology that has a wide variety of applications. Unlike fiat (non-crypto) money, Bitcoin and other cryptocurrencies can be upgraded and improved technologically.

Although there are various efforts to improve a particular quality of BTC, this is not what Bitcoin is famous for. As of yet, Bitcoin is still actively used for trading.

Crypto trading is one of the most vital current aspects of Bitcoin. But is crypto trading, at all, influenced by BTC halving?

Seeing as how every single halving has precipitated a spike in the price of Bitcoin (and a significant one, at that), one can safely say that the halving has a tremendous impact on the trading aspect of BTC.

Some investors even tend to become active only during the months after a Bitcoin halving, waiting for a price spike, making their trades, and closing the season until the next halving. The halving can be predicted down to the month, so it can be used as a period for increased trading activity. No one can precisely predict the price spike, but one thing is highly probable – a fluctuation in price is highly likely to occur.

Does the BTC Halving Impact the Entire Crypto Market?

The Bitcoin heavily influences the entire crypto market, including the blockchain itself. This is why the BTC halving has a significant impact on the cryptocurrency market. This becomes obvious when you look at the price movement of cryptos other than BTC – most of them follow Bitcoin spikes and plummets.

All You Need to Know About Bitcoin Halving 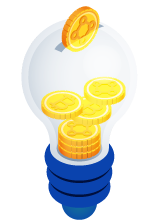 There you have it, Bitcoin halving – explained. To summarise, Bitcoin halving is an event that occurs roughly every four years that “halves” the per-block supply of Bitcoin to its overall supply. Halving reduces the time necessary for the BTC supply cap to be reached. Due to the halving events, the supply cap of 21 million BTC is expected by 2140, even though we’re already closing in on 19 million BTC.

This major blockchain event is primarily important for miners, seeing as how their per-block rewards are reduced by half with each halving. The miners are compensated thanks to the relatively permanent price spikes that follow the halving events.

Understanding Bitcoin halving is an important aspect of Bitcoin, whether you’re a miner, trader, or an active user.